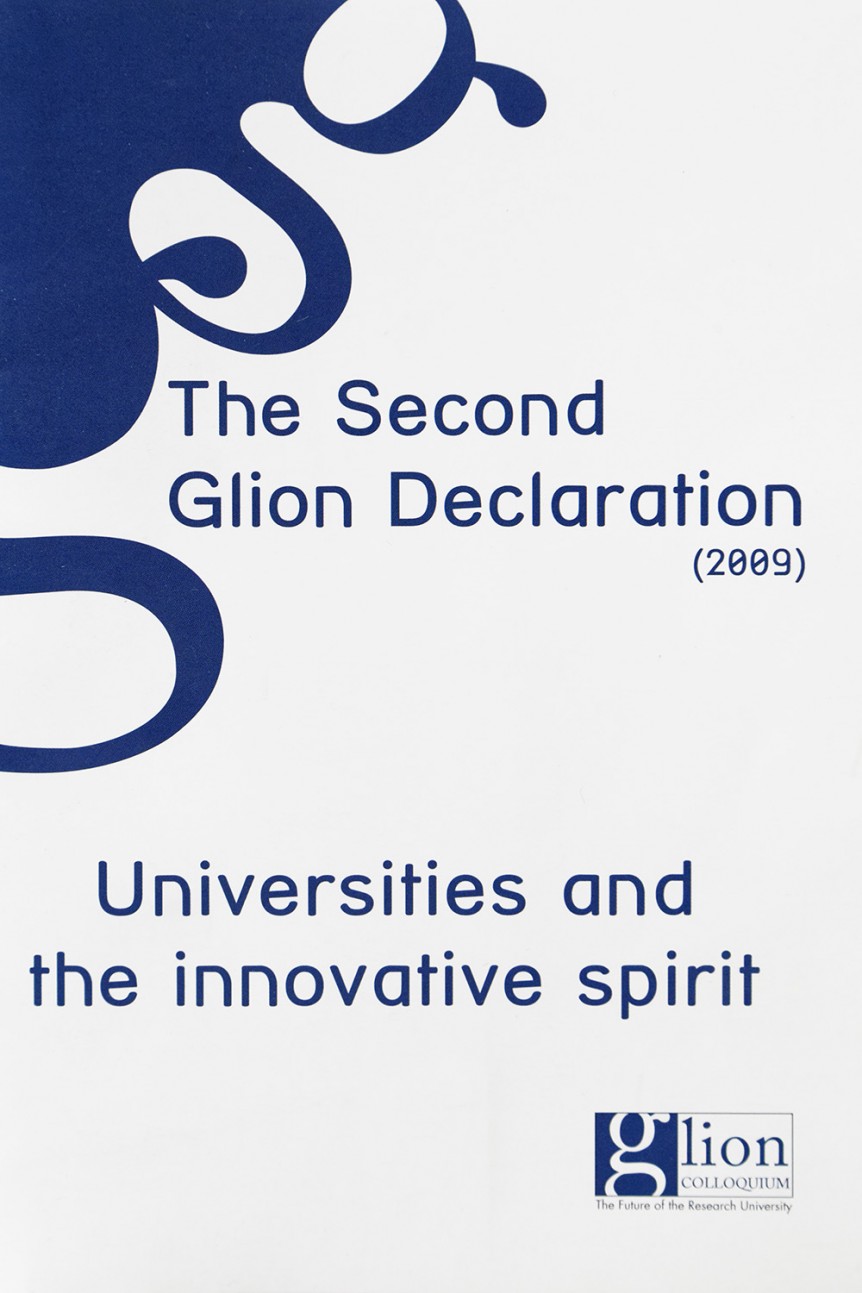 Universities and the Innovative Spirit

The first decade of the new millennium: a retrospective

As we approach the end of the first decade of the new millennium, it is useful to review the road that our global community has travelled. The dawn of the new millennium was a time not only of celebration, but also of optimism and hope. Contemplating the remarkable transformation of the past millennium, and especially the extraordinary achievements of its last century, commentators throughout the world reflected a sense of satisfaction in the progress of the past, and high expectations for the prospects for the future.
A decade later, the mood is less euphoric, in part because of developments of the past decade. The statistics provide part, but only part, of the explanation:

Beyond these sobering statistics lie other troubling realities and additional concerns. From the growing prosperity at the dawn of the millennium, we have moved into a period of severe economic dislocation and financial crisis. The spread of HIV/AIDS has assumed alarming proportions, especially in parts of the African continent, and though, overall, the rate of population growth has declined, it continues unabated in some of the world’s poorest regions, imposing major stresses on Earth’s limited resources, including top soil and water. Climate change has become a growing concern. Terrorism has become a daily event in several areas.
In contrast to these discouraging trends, there are, however, other developments that are positive and offer encouragement. Thus the effects of the 2008 financial crisis were limited by prompt, co-operative government intervention. An experimental HIV vaccine — RV144 — is proving safe and effective in clinical trials. Economic development is improving the lot of those in a number of impoverished countries. Thanks to the European Union, Europeans have enjoyed over 60 years of stability and prosperity. Rapid improvements in information technology are providing a far more connected world, with all its benefits. Longevity is increasing in most countries. Mandated improvements in energy efficiency and conservation are having a growing impact.

The second decade: the battle for the future

If we are to confront successfully the challenges of sustainable development, we shall require not only all of our collective scientific and technical expertise in the environmental sphere, but also economic, social and political policies that nurture sustainable communities within the endlessly varied settings and ways in which we live. And, complex as these issues of physical and biological sustainability are, they are dwarfed by those of social sustainability. No challenge is more urgent or more difficult than developing, harmonizing and implementing these technological and social innovations.
Every generation has had its challenges, but those of the early 21st century are unique in the extent to which they will determine the future well-being of our species.  Given the sum of the trends we have described, it becomes clear that we are about to conduct a whole Earth experiment in real time as we sharply escalate the already heavy demands that we are placing on our planet for food, energy, materials and water. It is also clear that “business as usual”, a casual continuation of our present patterns and current practices, is not sustainable in the longer term, at least, not without growing hunger, disruption and social dislocation.
Navigating our collective way towards some new equilibrium will instead require new approaches, new thinking, new partnerships and new technology. And this, in turn, will require a change in outlook and a degree of innovation whose very boldness will be disruptive of much conventional thinking and many established practices.

A call to the universities

The creative thinking behind such innovation will require the contributions and cooperation of every segment of society, including not only those in government, but also those in business, industry, the professions, public life, foundations, civic bodies, learned academies and NGOs. But, most of all, it will require the active participation of the universities, for it is in these institutions that the leaders of each new generation are nurtured; it is there that boundaries to our existing knowledge are explored and crossed; it is there that unfettered thinking can thrive and unconstrained intellectual partnerships can be created. It is there, within each new class, within each new generation, that the future is forged.
A sustainable future will require the world’s leading universities to continue to supply a growing stream of well-grounded and ethically responsible professional practitioners and leaders in every field of public life and endeavour, from medicine to engineering, from urban design to earth science, and from agriculture to economics. But it also will require that the sustained scholarship, basic research, imaginative thinking and creative technology that the universities have long provided should be nurtured, encouraged and supported.
It is especially to the universities, then, that we must look for the development of the innovations and the innovative spirit that will allow us to create a sustainable future.  But that, in turn, means that within the universities, too, “business as usual” will no longer suffice.  Disciplinary constraints, departmental structure and long-standing practices must not be allowed to stifle the development of the bold and creative thinking that will be required.
We address these recommendations, then, to our colleagues in the universities, in the belief that they need to play an increasing role if our societies are to overcome the serious challenges that now confront us.

Universities must reaffirm and continue to fulfil their role in the unwritten social compact by providing new knowledge, educated leaders, informed citizens, expert professional practitioners, services and training, as well as individual certification and accreditation in these fields. In exchange for the responsible and effective provision of these services, society supports higher education, contributes to its finance, accepts its professional judgment and scholarly certification, and grants it a unique degree of institutional autonomy and scholarly freedom. Within this compact, higher education has a reciprocal obligation for impartial scholarship, professional integrity, sensitivity to the various needs of society and an appropriate degree of public accountability.

The great web of learning

Research universities are only a small part of the greater web of learning represented by schools, colleges, technological institutes and countless other agents of instruction, investigation and discovery, ranging from family and social groups to learned societies. Vital though research universities are, their effectiveness in serving society depends upon the health of other members of this great web. We need far better understanding of the broad ecology and culture of learning, both within and among these other institutions. Universities need to play a leading role in developing this understanding.

There is a particular need for universities to develop an open interface between their own work and that of their clients, including government at all levels, civil society, industry, business, the professions and NGOs of all kinds. New knowledge networks, including especially electronic networks, need to be developed among these multiple users, interests, and groups. The university’s role as both convener and catalyst of such networks could support a sustained dialogue and partnership among the various stakeholders in addressing society’s greatest needs.

The integration of discovery and learning

It is vital that research universities, in every aspect of their institutional practice, emphasize and demonstrate the intimate linkage between discovery and learning, and between enquiry and instruction. Too often, these are still regarded as discrete fields of activity. Universities need to explore and develop new and effective ways of bringing together discovery and learning, for example, by expanding the use of studio-type courses or public service projects where group enquiry and action can provide a powerful means of learning.

The nurture of leaders

Decisions made by the current and the following generation of leaders are likely to have a decisive impact on humanity’s future efforts to achieve a just, sustainable, dynamic social equilibrium. This will require the cultivation and nurture of responsible leaders, whose technical and professional competence is matched by their critical thinking, intellectual breadth, moral awareness and social responsibility. This places an obligation on educational leaders to support and promote those liberal studies that have long provided a foundation for civic virtue.
Because many of the challenges that face humanity are of global extent and international proportions, and thus cannot be solved in isolation, it is essential that the university community itself should remain international in its membership and open to multiple cultural traditions, aspirations and needs.

The power of partnership

The world’s grand challenges — such as water supply, food production, health care, energy and climate change — are not likely to yield to narrow disciplinary analysis and resolution. Universities need constantly to cultivate and support interdisciplinary approaches and team projects, and develop ways of encouraging such partnerships in goal-oriented research. Such research will not succeed, however, without a reservoir of fundamental scientific knowledge, created through research in the basic sciences. Our commitment to basic research must not only be maintained, but also increased, even as we seek to apply its findings to societal needs.

The grand challenges to our future well-being also involve issues of daunting social and economic complexity. The humanities, social and behavioural sciences are an integral part of the analysis and solution of these various societal challenges. Every problem today is systemic in nature, so it needs to be investigated through a socio-technical lens.

Individual schools and colleges within the university have opportunities to create new alliances to address these challenges. Thus schools of business and management can provide a ready forum for considering these issues, and can also form creative coalitions with business, industrial and other leaders to develop workable strategies for addressing them. New problems require new approaches, especially within the university. New coalitions and new partnerships with external partners, so that ideas filter into the university as much as they filter out, can contribute much to the creation of such new approaches.

The necessity for innovation

The need for innovation is not confined to business, industry and government. Every area of modern life and professional practice, from architecture to urban design, from agriculture to social services, must embrace innovation, including especially universities themselves. Only innovative universities can expect to make meaningful contributions to the solution of the world’s problems. Within those institutions, the arts, humanities and social sciences, as much as science and technology, can be sources of innovation.

Throughout the world the underprivileged and the most needy are largely unrepresented in higher education, as in many other aspects of modern life. Improved access to higher education for the less privileged must remain a priority and will require continuing attention and support.

The foundation of freedom

None of the roles and responsibilities we advocate can be discharged effectively within institutions unless freedom of enquiry and freedom of speech are honoured and defended. It is only in the context of such freedom that there can be hope for the creation of a sustainable future, and it is only in the enjoyment of such freedom that a sustainable future offers grounds for hope. Universities must remain at once both the champions of such larger freedom and the agents of hope through the contributions they make to the societies that nurture them.

The priority of hope

The daunting complexity of the challenges that confront us would be overwhelming if we were to depend only on existing knowledge, traditional resources and conventional approaches. But universities have the capacity to remove that dependence by the innovations they create. Universities exist to liberate the unlimited creativity of the human species and to celebrate the unbounded resilience of the human spirit. In a world of foreboding problems and looming threats, it is the high privilege of universities to nurture that creativity, to rekindle that resilience and so provide hope for all Earth’s peoples.

Prof. Ellen HAZELKORN, Director of Research and Enterprise and Dean of the Graduate Research School, Dublin Institute of Technology

Prof. Frans Van VUGHT, Former President and Rector Emeritus University of Twente, adviser to the president of the European Commission, former and founding director of CHEPS