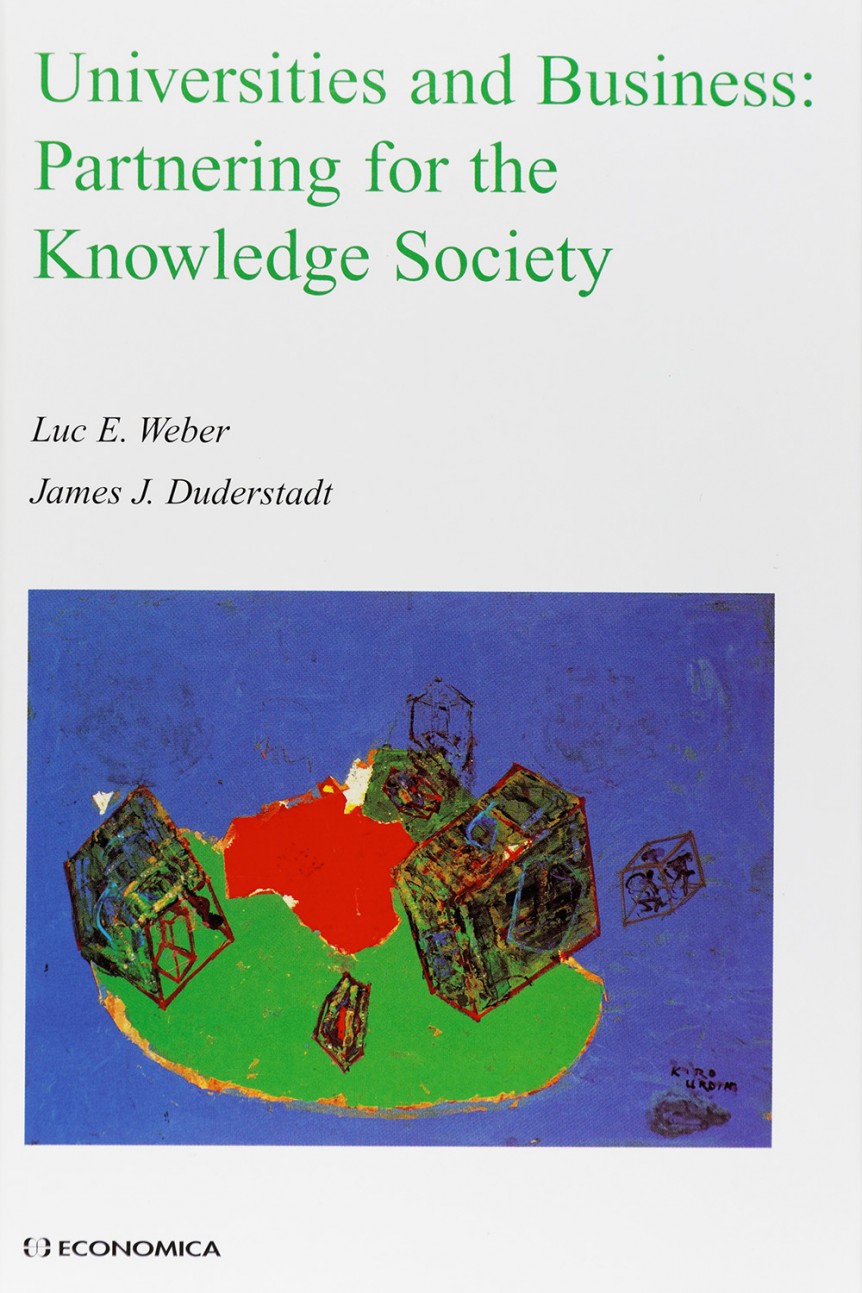 The Glion Colloquia were begun in 1998 to bring together university leaders from Europe and North America to compare perspectives concerning the challenges and opportunities facing higher education. These meetings have usually been held in Glion, near Montreux, Switzerland, although the second meeting in 2000 was held in La Jolla, California. Each meeting has had a particular theme, such as the global forces driving change in higher education, university governance, the interaction between universities and society, and the rapidly changing nature of research universities.

The fifth Glion Colloquium, held from June 18 to 21, 2005, in Switzerland, concerned the key relationship between research universities and the business sector. Participants included university leaders from Europe and the United States, along with senior officers of several global corporations, including Hewlett Packard, Dupont, Nestlé, Hoffman-La Roche, Daimler Chrysler, the Fraunhofer Institutes, and the Bank of England.
The emergence of a global, knowledge-driven economy has created an ever-greater dependence of society, business and industry on research universities for advanced education (particularly in science and engineering), research and development, innovation and entrepreneurial activities. From San Diego to Dublin, Helsinki to Shanghai, there is a growing recognition throughout the world that economic prosperity and social well-being in a global, knowledge-driven economy require significant public and private investment in knowledge resources such as universities and corporate R & D laboratories, as well as strong relationships between business and higher education.
The Glion V meeting began with an overview of the impact of the global knowledge economy on business, higher education, and government policies in Europe and the United States (Weber, Duderstadt, Newby and Frost, Gourley and Brennan, and Van Vught). Participants discussed the efforts of the European Community to develop a framework to position Europe for the knowledge economy through major strategies such as the Lisbon agenda, including efforts to better integrate learning and research among European universities through the Bologna process and the European Research Area. This was contrasted with the long-standing partnership in the United States among government, universities and business, although it was also acknowledged that there were numerous worrisome trends including the decline in federal research funding in the physical sciences and engineering, the erosion of basic research activities in industry, and the waning student interest in science and engineering careers that concerned U.S. participants. Yet, while the importance of universities to the knowledge economy was a primary focus of the Glion V meeting, participants were reminded of the broader public purpose of higher education that sometimes did not align well with a market orientation.
Subsequent sessions of the meeting concerned the differing perspectives on the relationship between universities and business, contrasting the views of business and university leaders, as well as those of participants from Europe and the United States. The first of these sessions concerned the changing nature of knowledge transfer from the campus to industry (Andersson, A. Jones, Johnson, Brody, Tsichritzis and Kreysel), noting the differences among the physical sciences, biomedical sciences, and engineering. Here there was considerable discussion of changing paradigms of technology transfer, driven by the growing importance of both innovation and entrepreneurial activities, as well as by the changing nature of the faculty and the needs of the business community.
The sessions concerned with the European perspective on university-business relationships (Lebret, Manson and Aebischer, Harryson and Lorange, Lambert, Soboll and Mueller) and the American experience (Fox, Faulkner, Johnson, Connelly) had similar themes. Several business leaders expressed the increasing frustration of industry about the complex negotiations involving intellectual property rights, although they also noted the growing dependence of industry on university basic research as financial pressures shifted corporate R & D more towards product development. Both business and university leaders stressed the need for a more strategic approach to these relationships â€” less as a philanthropic relationship in which industry provides financial support to universities, and more in the form of a strategic alliance, much as would exist between industrial partners.
There was one particularly notable difference between the European and American perspectives from university leaders. While European leaders tended to give most attention to the interaction between universities and large companies, the American universities, drawing from the successful efforts in high-tech economic development in regions such as Silicon Valley, Boston, Austin, and San Diego, tended to place a premium on technology transfer through the start-up of new companies spinning off from campus research activities. In a sense, several of the American university leaders suggested that their universities could serve society best by creating new companies and new industry, rather than serving established companies. Since the ownership of intellectual property was critical to attracting the investment capital necessary for the start-up of these new companies, it was understandable that American universities have become more tenacious in the negotiation of intellectual property rights.
The final session of the Glion V meeting focused on the increasing concerns about human capital, particularly in key areas of science and engineering (Winckler and Fieder, Johnson and Jones, Wulf and Vest). A combination of waning student interest in such careers, coupled with restrictions on immigration in the wake of the terrorist attacks in September 2001, posed the possibility of significant shortfalls in the availability of scientists and engineers in the United States. While this was not yet considered a serious problem in Europe, the rapid emergence of large science and engineering workforces in developing nations such as India and China posed a considerable threat to economic competitiveness in a technology-driven knowledge economy.
As in earlier Glion V meetings, the opportunity to compare the differing perspectives of university leaders from Europe and the United States proved both stimulating and valuable in considering the evolution of these important social institutions. Business leaders provided particularly valuable insight as to how the university could best serve society in an ever more competitive global knowledge economy. Academic leaders acknowledged, in turn, that significant changes were necessary in the structure of the university to facilitate these important partnerships. This book includes both the papers presented in the conference, as well as a summary of the discussions at the various working sessions and the text of the dinner talk given to the participants by Peter Brabeck-Lamarthe, CEO and President of Nestlé.